Since the founding of Altamont, our residents have built gorgeous homes. From Victorians to Greek Revivals, here are some of Altamont’s oldest houses.

Altamont’s most famous house. It’s one of two Effingham County buildings on the National Register of Historic places. Dr. Charles M. Wright, a traveling doctor and bank owner, had this Italianate-inspired mansion built in 1889. The house is furnished with replicas of Ancient Egyptian, Greek, and Roman artifacts along with antique furniture used by three generations of the Wright family.

Dedicated volunteers maintain the house as a museum. (It’s the only house on this list that isn’t a private residence) Tours are held on Sundays from April to October.

This brick house is the oldest built within Altamont’s city limits. Earlier homes existed but were demolished or destroyed by fire.

The house was constructed by Mrs. Elizabeth Ehlers before Altamont was platted in 1871. Mrs. Ehlers owned acres of farmland making up most of northern Altamont and the land occupied by Immanuel Lutheran Church. She sold most of it to assist Altamont’s expansion.

This house, located on the northwest corner of Third and Lincoln, was built by C.O. Faught in 1897. C.O. Faught was a railroad engineer. He worked at railroad construction sites throughout the Midwest, including projects in Altamont.

While working in Altamont, Faught became infuatuated with the community and moved into town. He was involved with multiple community positions. He served as mayor from 1905-1906, and was a founding member of the Altamont Agricultural Fair Association.

Faught’s house with its narrow tower is one of Altamont’s most unique homes.

Jaspar Orrel was also a railroad man. Starting in 1877, Orrel worked as a station agent for the Pennsylvania Railroad in Altamont. He built the gorgeous, Victorian house, pictured above, in 1895.

G.W. Gwin was one of Altamont’s most influential citizens. In 1871, he arrived in Altamont and became one of Altamont’s earliest residents. Gwin was a plasterer. But he later opened a furniture store and a farm implement store. He served as President of Altamont in 1885, and he helped create the Altamont Agricultural Fair Association. He also served as Fair president. Gwin built 101 South Fourth in 1902.

Today, the house looks different from the picture above. Later residents lowered the ceilings and removed the chimneys. Bill Wendling, the current owner, put a widow’s walk on top of the roof.

It’s difficult to see behind the trees, but this four-columned mansion is one of the most elegant homes in Effingham County.

Dr. Charles M. Wright lived in this house from 1872 to 1888. It was built on the current site of the brick Wright House and was later moved across Main Street where it was transformed into the Greek Revival home pictured above. 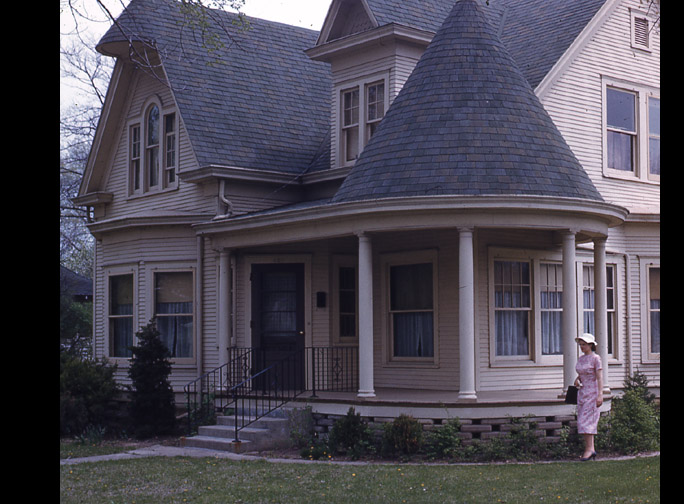 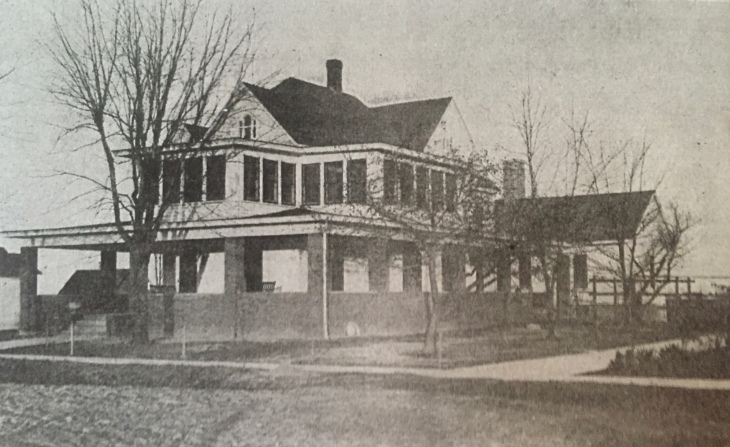 What is your favorite old house in Altamont?